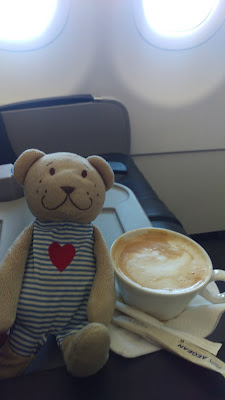 Every year as an Aegean Star Gold member I receive several upgrade vouchers which I use on travel in eligible fare buckets. (Basically excluding the three lowest fare classes).
Barcelona to Athens is usually an easy upgrade and I settled into 1C , since I enjoy bulkhead seats and being first off the plane.
Aegean offers Business Class passengers a fast track that while not a significant benefit when traveling in January is almost a life saver in peak travel months. 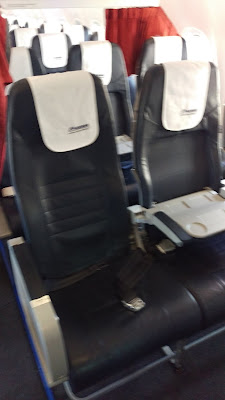 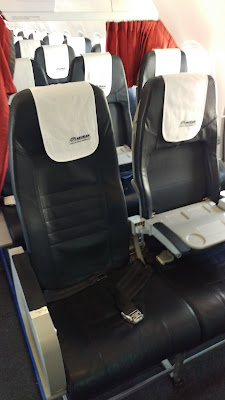 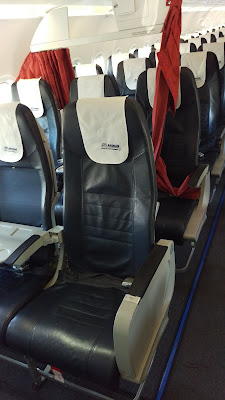 The plane operates a euro-Business class seating plan, with just two rows with a blocked middle seat. Coach was packed to the gills and many individuals had to gate check their carry-on bags. 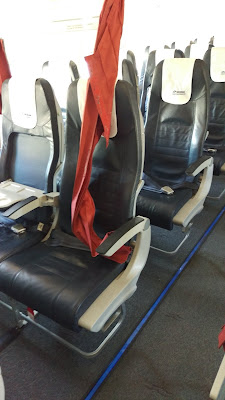 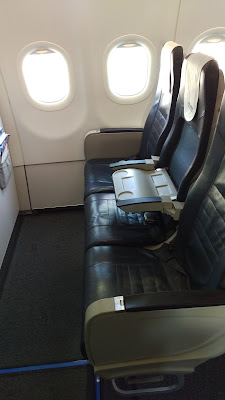 Christmas Decorations were still hanging in the plane even if it was mid-January. 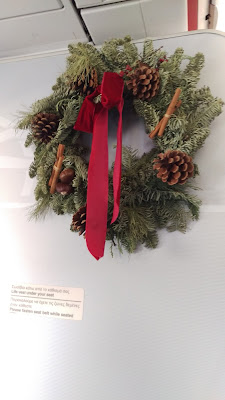 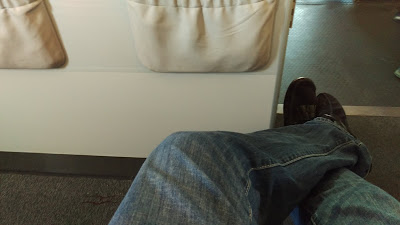 Here are the menus from the flight 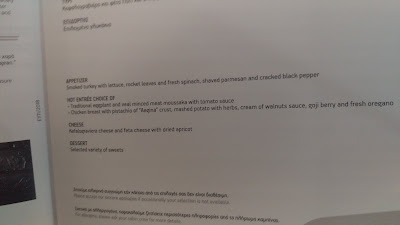 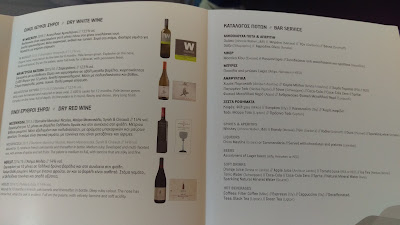 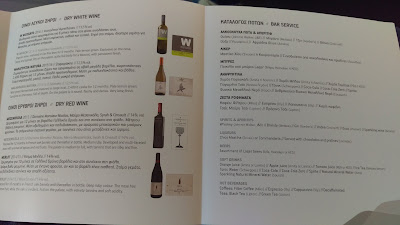 In-flight service started off with some Greek (PICK) crackers and a choice of beverages. 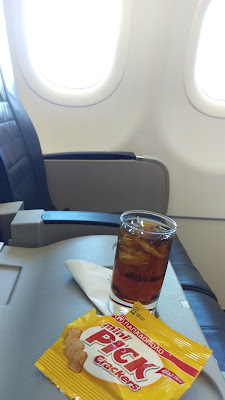 Menus were also distributed and I went for the moussaka always a safe and good choice on a Greek carrier. 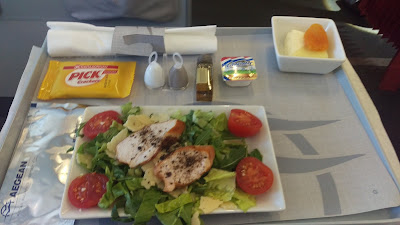 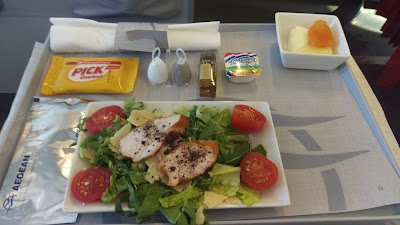 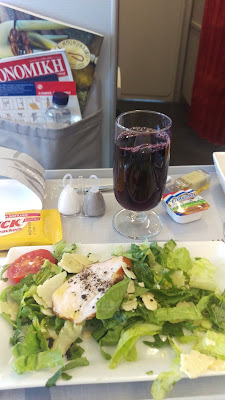 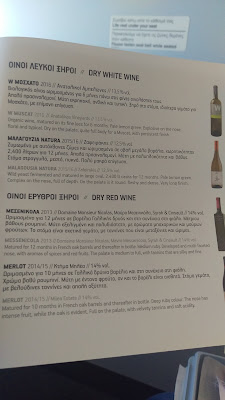 Mousakka as my main course! 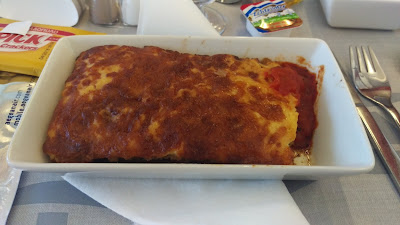 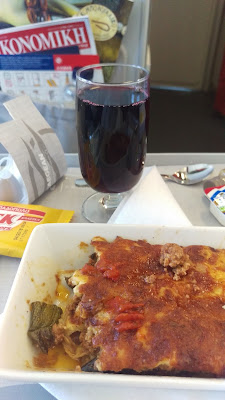 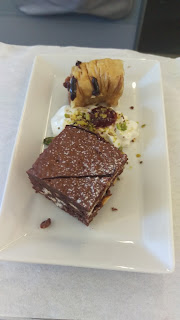 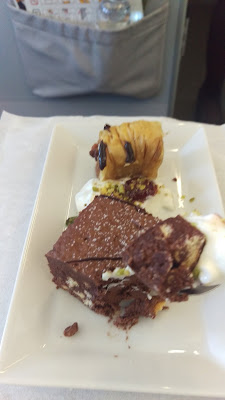 Flight was relatively uneventful and I had a almost 4 hour layover in Athens to do some work and lounge hop a bit.
- 10:28 AM