After a night in Hong Kong, I headed to Terminal 1 and dropped by the SQ check-in demand collected a BP for "The Private Room in SIN". A few minutes later I was at the SQ lounge for a pre-flight bite. 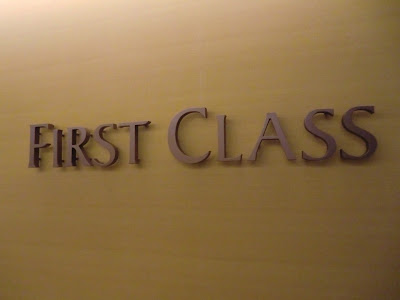 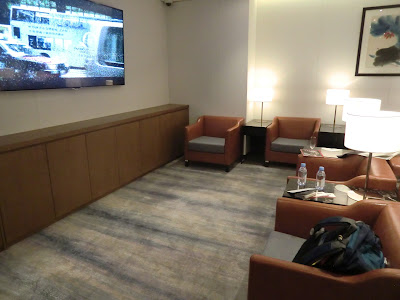 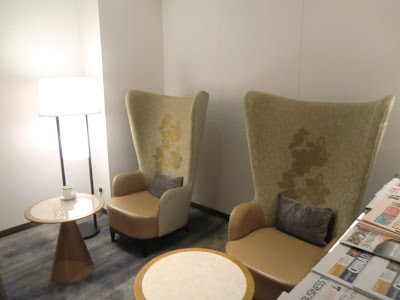 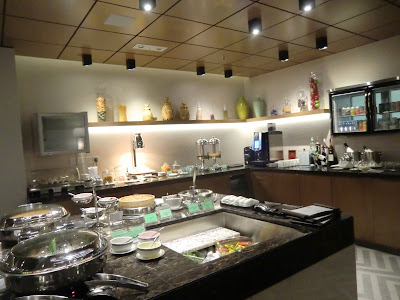 I was presently surprised with SQ's F product/seat which was very similar to the old seat, a great product for the 3 hour hop to Singapore.

SQ 1 starts in SFO before crossing the Pacific, I flew the prior segment back in 2013 on the Airbus 380. But this leg was operated by the 777 allowing me to sample some new Singapore Airlines cabins. 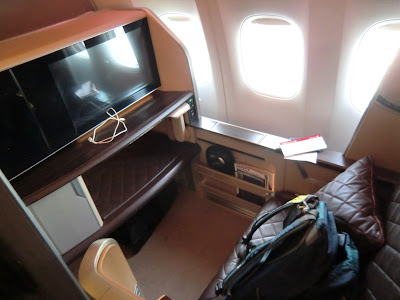 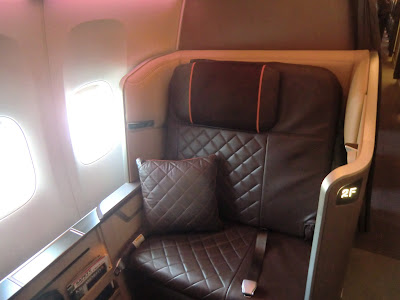 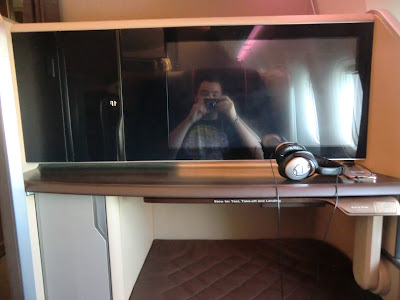 On this short hop neither pajamas nor amenity kits were distributed and it was a breakfast service with no BTC. 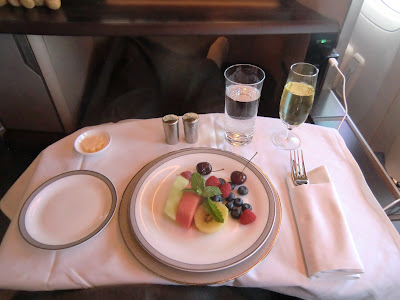 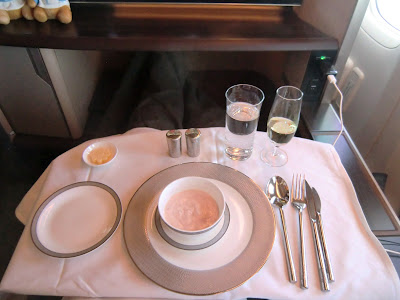 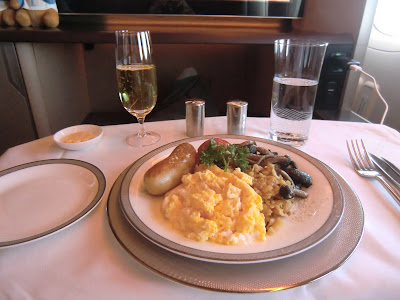 I had the omelet with a fresh cappuccino and several glasses of champagne.
Shortly after we landed in Singapore and debated what to do during my layover.