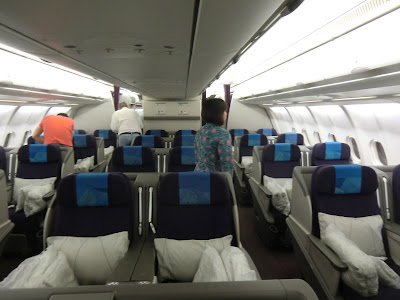 I had a leftover Lifemiles ticket ex-HKG and needed a way to get there from Sydney.
I found a seat (seems MH releases one seat in J at a time per flight) from SYD-KUL and built in a 20 hour layover before a KUL-SIN-HKG flight.

As  an American Airlines Executive Platinum I had access to the Qantas First Class lounge and tried it out before my flight up to Kuala Lumpur.


The 330 is one of the newest planes in the Malaysian fleet but has a horrible seat which doesn't fully recline causing passengers to easy slip down the seat. These seats are now being replaced by a lie-flat seat.

The flight was originally booked at 10% two weeks before the flight but filled up to about 50% on the day of the flight, loads weren't that great in Y either. 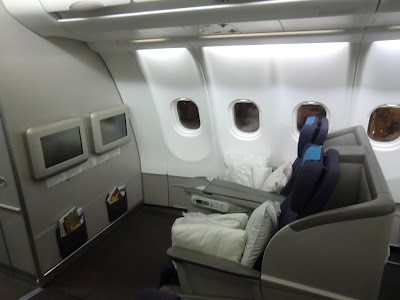 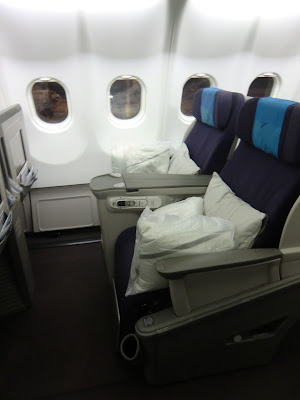 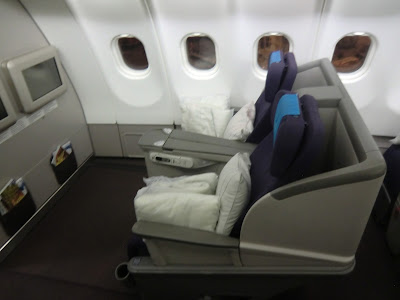 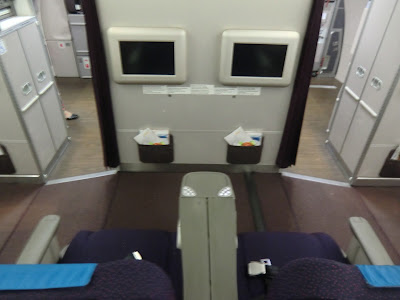 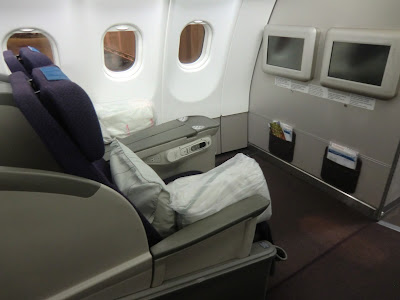 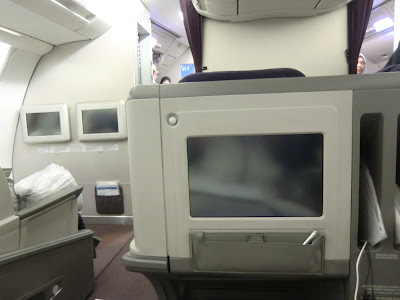 Service started with a small palate cleanser and then it was Satay time! I had both the chicken and beef stays and their reputation is true, they were absolutely delicious! 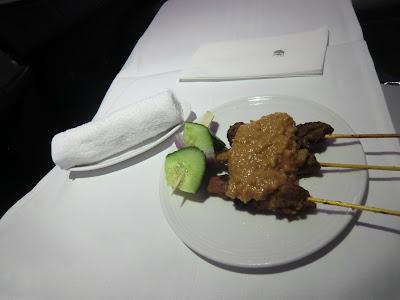 I had pre-order (via email since the website is broken) a 3 meat combo (my stock photo) which somehow became just a beef and sausage on my flight. 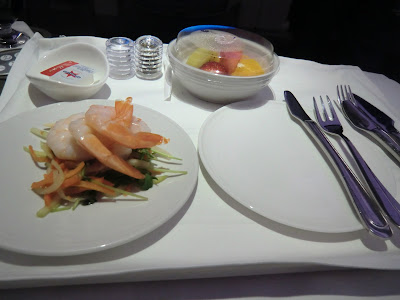 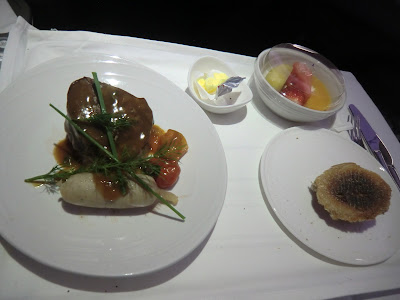 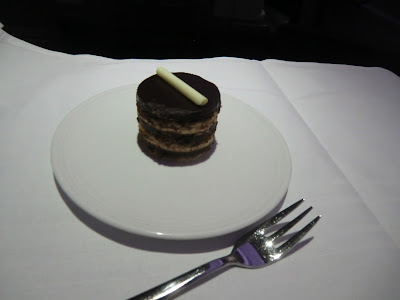 Since we were landing around 430I did my best to pass out after dinner, skipping breakfast to get some additional shut eye since I had a long day ahead of me. 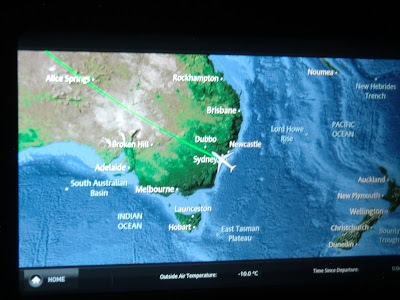 We landed a few minutes ahead of schedule and it was a short ride on the train to the satellite lounge to get some breakfast and leave my bag at the MH locker before heading on a daytrip to Brunei.
- 7:57 AM