British Airways has had some decent sales on their Premium Economy product ex-Europe. This works well for mileage collectors as it credits at 1.5x EQMs and credits at 20% of flown distance as EQDs.

The cabin was dated and the IFE ancient! 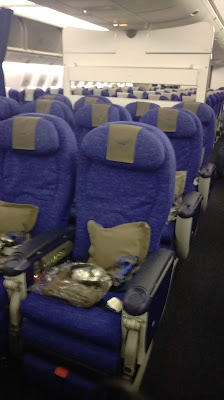 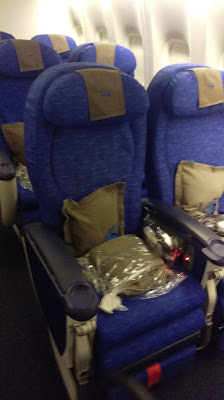 I had spent a short 48 hours in Mumbai, taking advantage of the fact that there are at times two flights a day on British Airways. Both at the time were operated by a Boeing 777 which features an older version of their Premium Economy product. 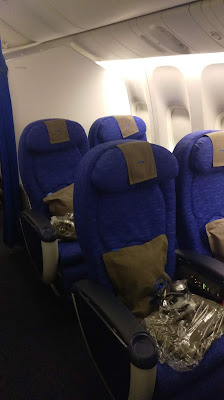 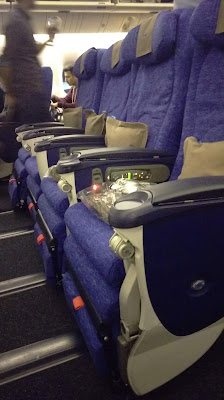 As a OneWorld Emerald I was able to select  bulkhead seats, which gave some extra space as you don't have anyone reclining into your personal space. Some passengers, especially taller ones might feel constraints due to the hard bullhead. But being in the aisle allowed ne to stretch out. 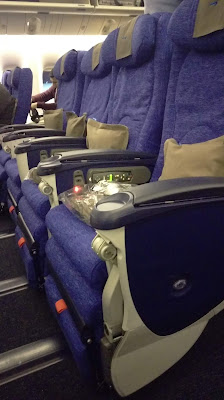 Food was unmemorable and after a few bites, I settled in for the hop back to London and then prior to landing a small breakfast was served. 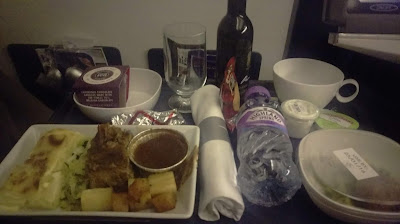 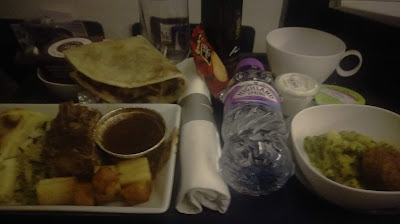 British Breakfeast served prior to landing in Heathrow... 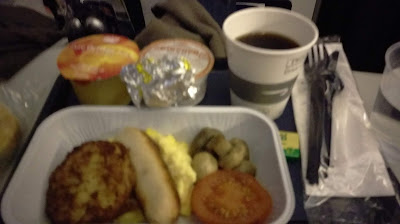 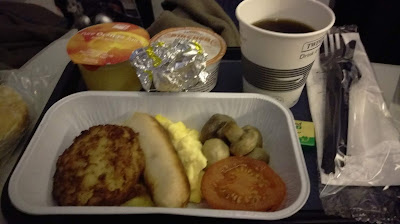 The Premium Economy product on the British Airways Airbus 380 and Boeing 787 are vastly superior to that of the Boeing 777 and 747.
Overall, the seat is better than coach and for shorter flights its an acceptable alternative especially since it credits nicely to American Airlines in terms of spend and redeemable miles.