Off to the Uyuni Salt Flats on a Fairchild Metro 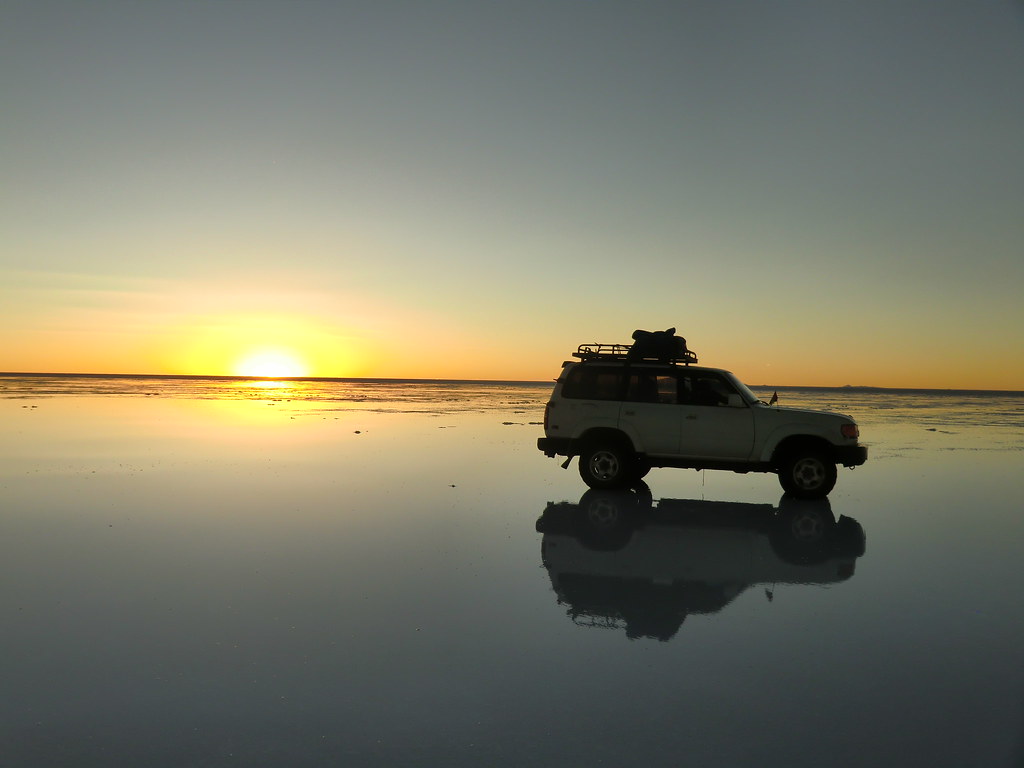 While in Bolivia, I decided to go and visit the Uyuni Salt Flats, based upon what I read about  Z8 or "AMasZonas" (A Mas Zonas or in English "To More Zones/Areas"), I was expecting a CRJ-200, but the day before the flight I got my e-ticket and was surprised to see a Fairchild 227 as the operating plane. :D

I had booked my ticket online and paid close to $350, which is significant considering average salaries in Bolivia, but when the alternative is a slow 12+ bus ride, it was money well spent. 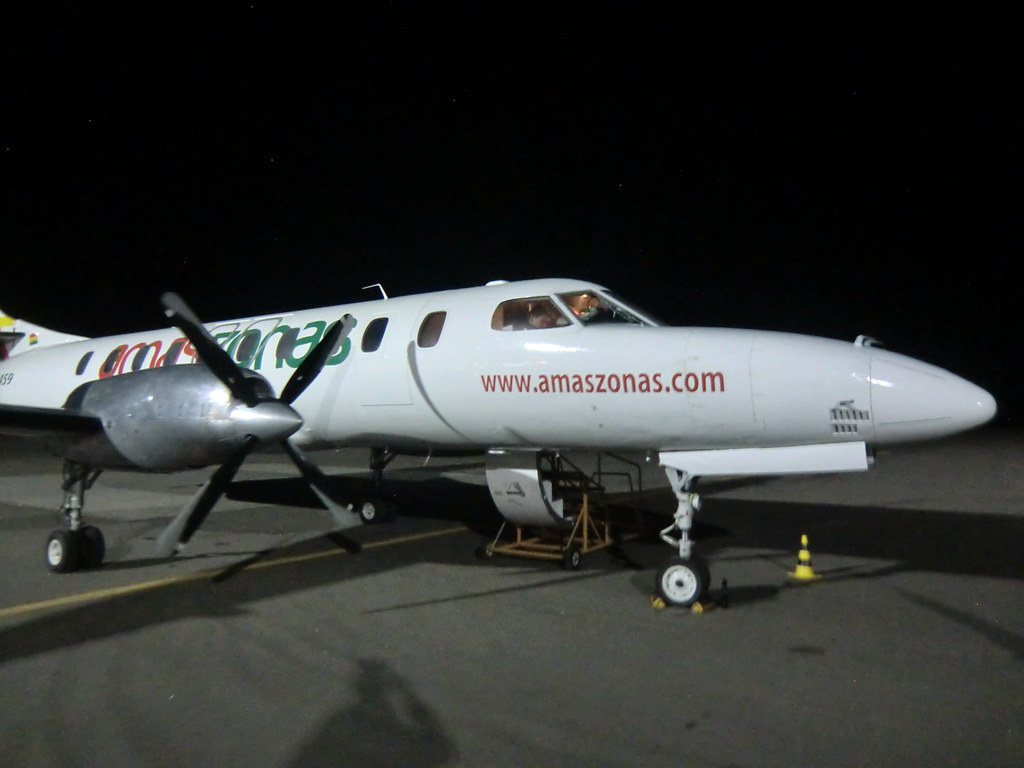 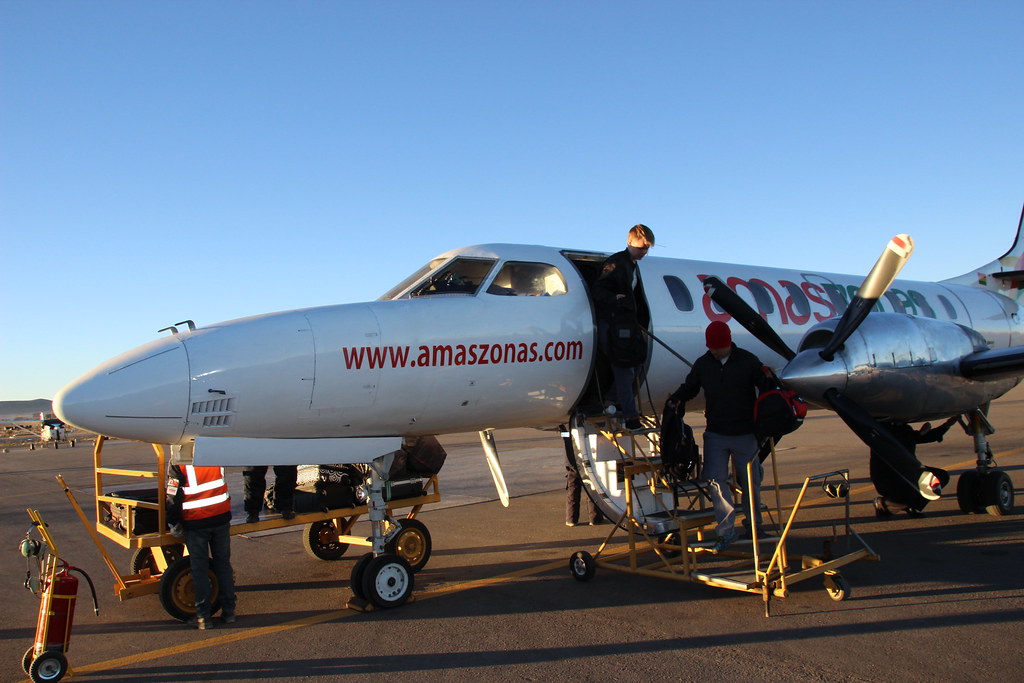 I was at the airport at 5:15 when the desks had opened and shortly after I was able to snag the exit row. The plane is configured in a 1-1 seating with row 9 having three seats. Interesting side note, the security announcement in both English and Spanish still mentioned the previous operator of the plane: Lone Star Airlines. (Google reveals that Lone Star or "AD" went bust in 1998!) 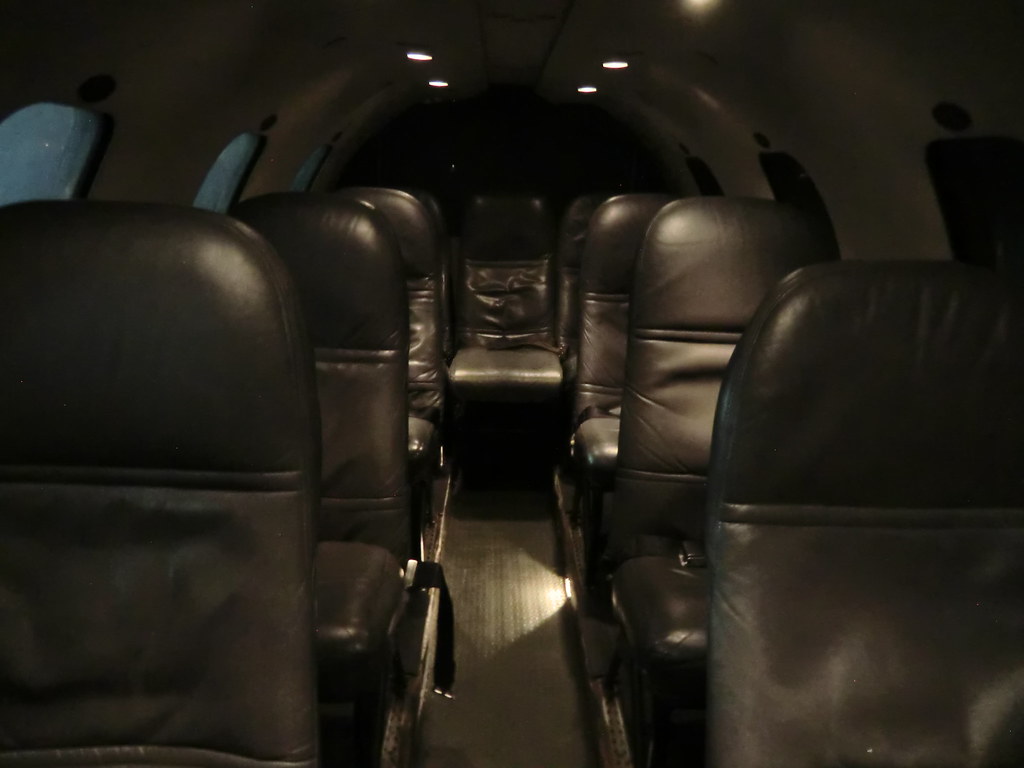 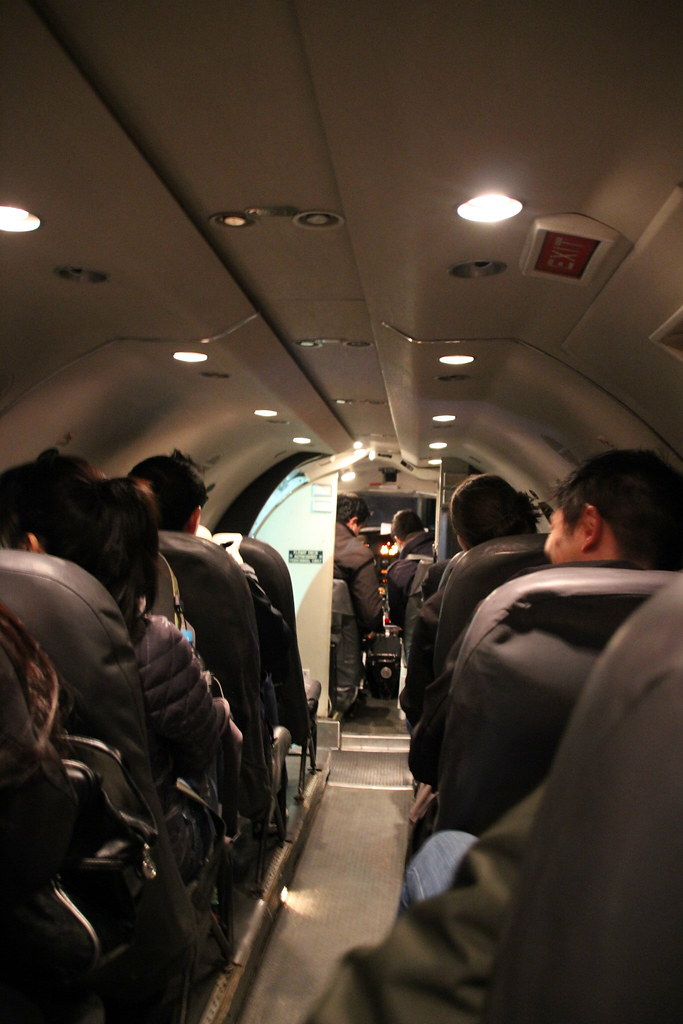 We took off slightly after 6 AM in the dark, which allowed passengers on the A side enjoy a lovely sunrise. Just after 7 am we landed and I quickly found a cab for the short ride into town (10 bolivianos or 1.45 USD) 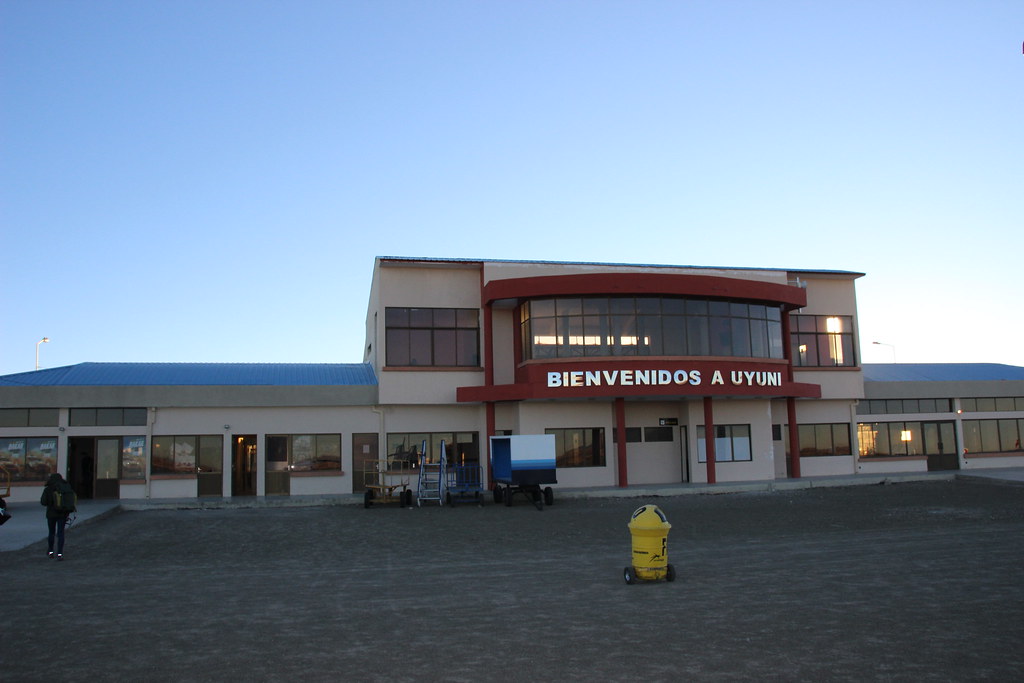 I walked around town and found a tour company (Esmeralda) which was offering an interesting Salt Flat tours, which in addition to visiting the main parts of the Flats would also visit the Thunupa Volcano and the Chullpa’s cemetery which contains some pre-Colombian mummies in Coqueza, all for 200 Bolivianos including lunch and a drop-off at the Airport. Shorter tours are available for 120-150 Bolivianos. 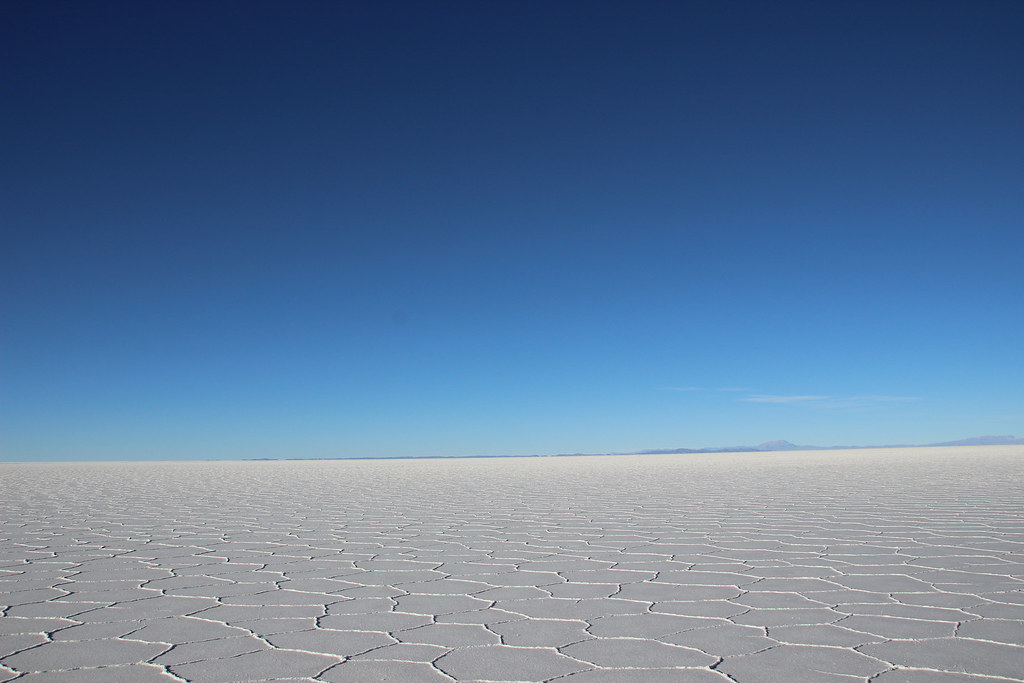 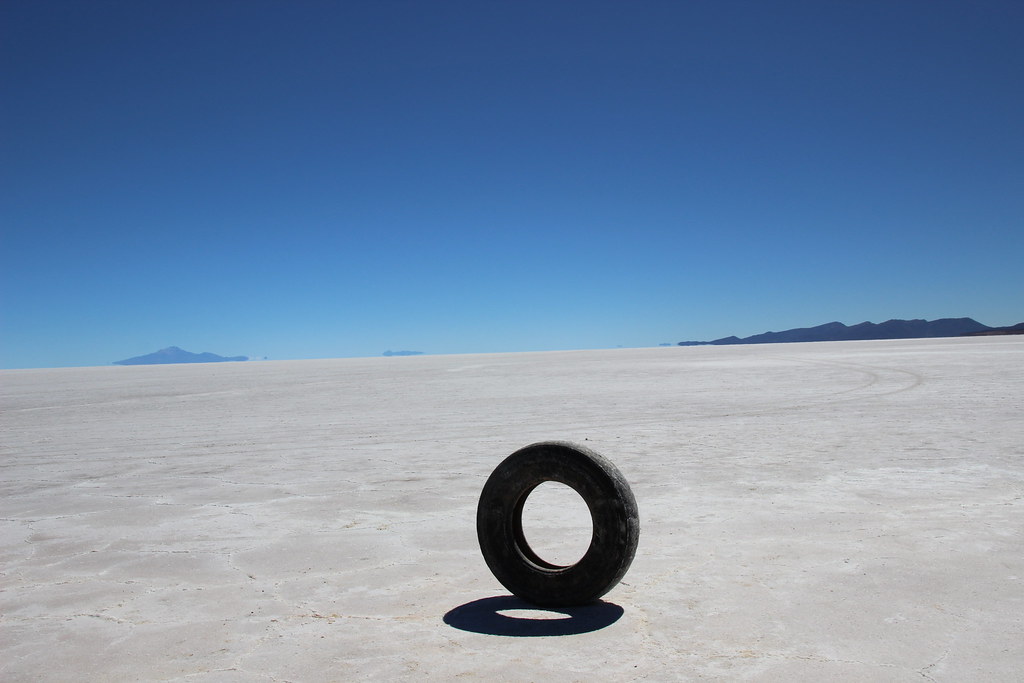 The flats weren’t that crowded since high season is January, February, June and July. During this time period, over 70-80 companies operate tours to the Salt Flats, but since we were in the offseason, there were less than 10 companies operating tours when I was there.

We then went to see the sunset over the flats at one of the few spots that still had water. 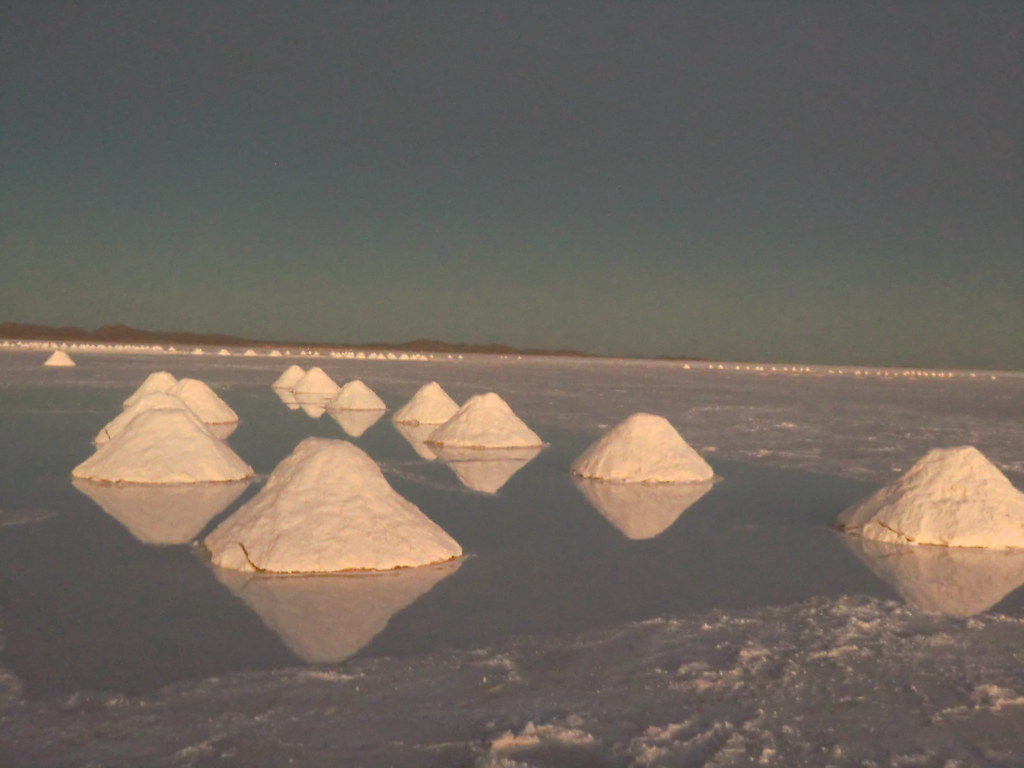 The road from Uyuni is rough, a new paved road has been built right next to the dirt road, but hasn't been officially inaugurated yet, so we were stuck on the dirt road. :(

Afterwards, I was dropped off at the UYU airport for my flight back to La Paz.
Uyuni Airport is a very small airport, with just 3 flights a day, Mondays and Thursdays TAM (Transportes Aereos Militares) seems to operate a flight from LPB. But usually it’s just the Amaszonas flights. The airport is super small and while there is technically a restaurant on the second floor but it was only serving tea/coca/coffee and no snacks nor beers :mad:. Considering 100% of passengers were foreign tourists, they could have made a pretty penny selling pre-flight beers... hehe :D

Once we landed in La Paz, it was then just a 60 bolivianos taxi ride and 30 minute ride back to my hotel.

Want to learn more about how to travel like this for economy prices or have any questions regarding miles / points or flights. Reach out to the team here at PremiumCabinDeals.com and follow us on Instagram!
- 11:30 PM