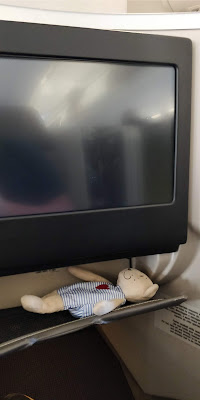 As the only non-stop service to Europe, Maputo usually receives some of the oldest planes in the TAP fleet. This flight was first going to be operated by an Ancient Airbus 340 and then an old Airbus 330, but a week before the flight it switched to a newly renovated Airbus 330 with lie-flat seats and a new IFE system.
This back and forth with plane switches continued till about 30 hours prior to departure. I was only truly sure of the final configuration when the. inbound plane from Lisbon was in the air. 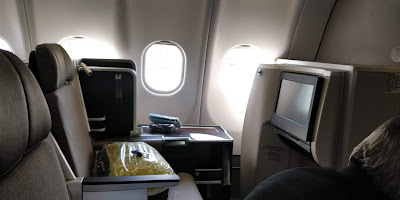 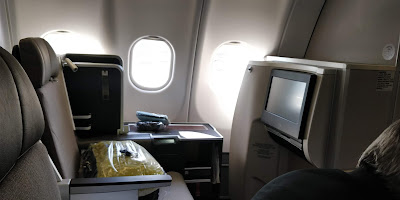 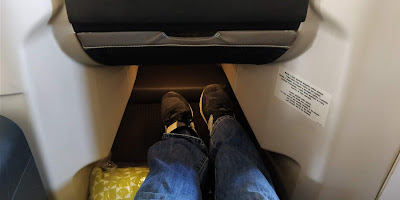 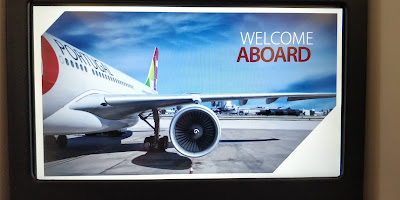 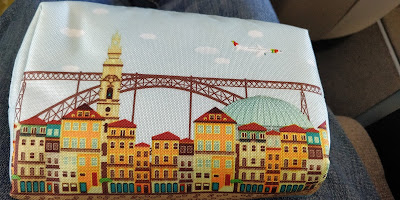 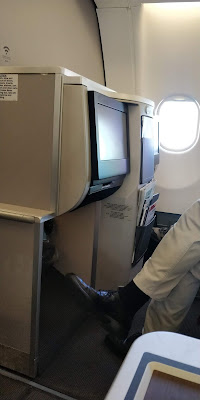 I had originally booked myself into 3J, which together with 5J are the best seats on the plane. Due to all the cabin configuration shifts and wanting to avoid having to jump over another passenger, I selected a seat in the middle and as the air-gods had it , the flight shifted back to a new configuration but someone had grabbed the best seats. 2F was my seat for the long (10:40) flight to Lisbon. We departed close to an hour late due to a late inbound.

The flight serves a breakfast followed by a lunch service. The breakfast is somewhat light with pastries, fruit and some cheese cold cuts. But no omelette or warm dishes. 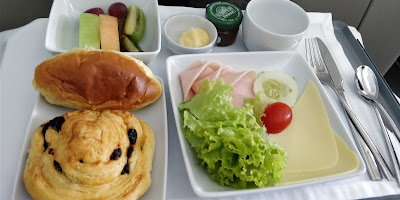 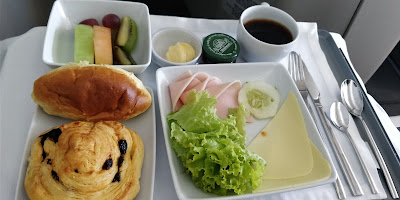 Menus from the flight 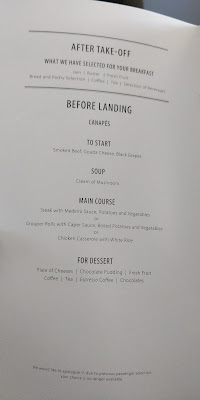 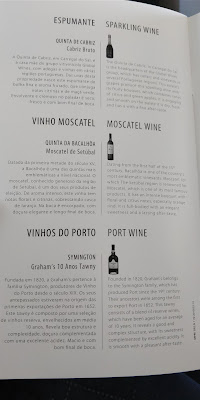 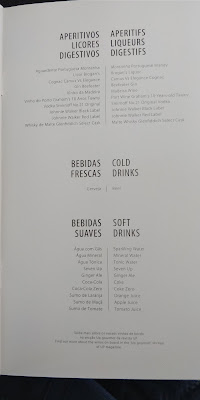 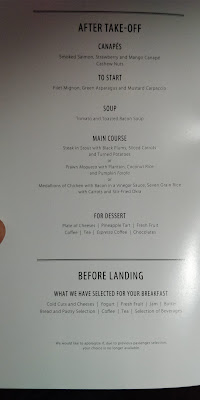 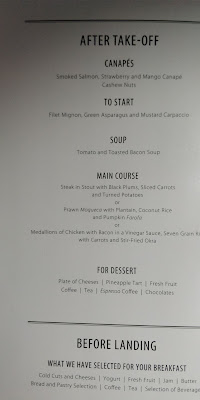 The crew somewhat vanished after breakfast and were in the galleries chatting afterwards. I would not recommend seats 1D/F due to significant light and noise exposure from the galley.

The IFE had a large selection of movies both recent releases and classics.

About four hours out of Lisbon the cabin lights were turned on and the main meal service began.

The meal started with nuts and a canape, followed by a gouda cheese, beef and grape salad. A bit odd but tasty. This was followed by a Cream of Mushroom soup and the main dish, I decided to risk it and try the beef.The Steak with Madeira sauce with potatoes and vegetables was tasty and not too dry.
I choose the cheese plate with a 10 year port as my dessert. 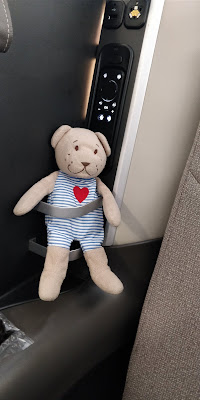 Almost there.... Dinner time on TAP 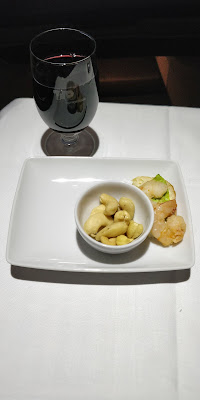 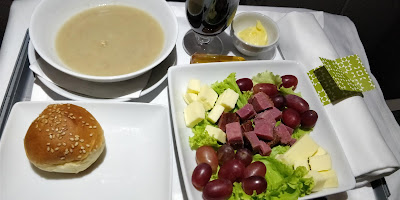 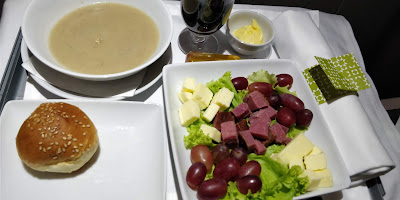 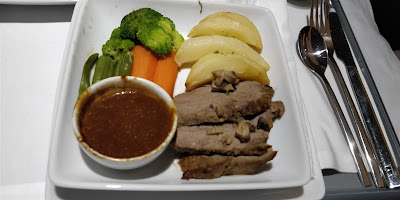 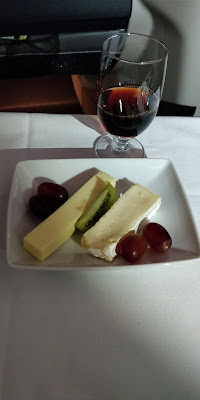 I honestly enjoyed the new plane with a strong IFE selection and the 200% mileage credit to Aegean Airlines Miles & Bonus program. But the food options were limited, I mean an omelette or something more heavy could have been served after take off. Some small sandwiches were available in the galley between meal services. 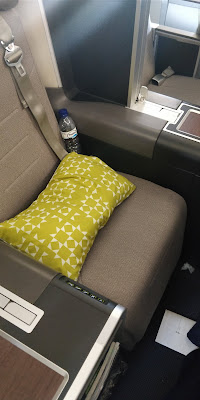 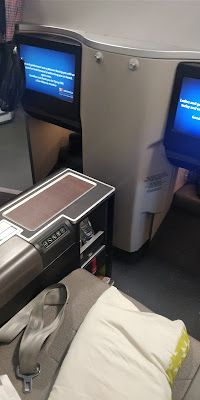 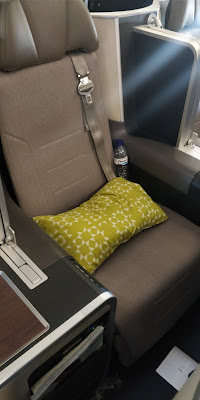 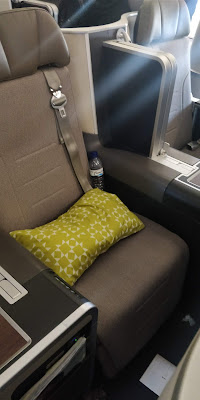