Interesting fares ex-Luxembourg to the USA (Save $2500 over ex-London flights!)

9:41 AM
PremiumCabinDeals
0
There is an interesting combination of British Airways/Virgin Atlantic fares in Business class from Luxembourg to USA staring 1199€ for flights from August until next year!

Washington DC, Boston and New York for €1199 and cities such as Miami, Seattle and Orlando for €1199.

This fare also allows some interesting layovers on the return, such as an overnight stay in London. This would allow you to request your luggage to be sent just to LHR and in case you are London based, you could "accidentally" forget your flight to Luxembourg. 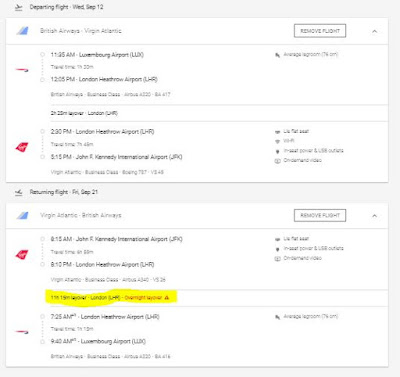 Utilizing this fare ex-Luxembourg and then "missing" the flight from London to Luxembourg can produce a savings of over $2500 with the same flights. 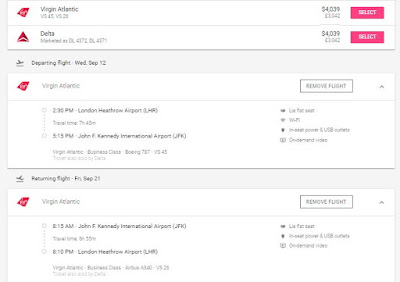 This is a classic example of our Travel Optimization service, where we see some Point of Origin Arbitrage (flying out of Luxembourg versus London) and City-Specific Arbitrage (as London based flyers usually have to pay significantly more than other travelers) as well as Hidden City Arbitrage since the return flight can be "skipped".


All you need to do is fly from London to Luxembourg, which features a small and compact airport and the airport lounge has some great tarmac views. 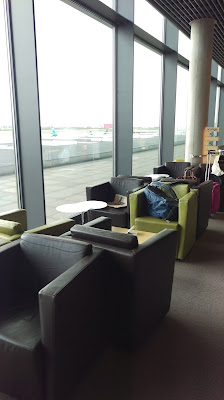 At PremiumCabinDeals, our team can work with you on a consulting session to plan a trip around this fare if based in London or other parts of England. For travelers near Luxembourg (Brussels being less than 3 hours away) we can also work to figure out dates and how to position in order to to take advantage of this "Premium Cabin Deal" ! 😃

Want to learn more about how to travel like this for economy prices or have any questions regarding miles / points or flights. Reach out to the team here at PremiumCabinDeals.com and follow us on Instagram!
- 9:41 AM